Posted on : April 11, 2015 | Category : Quebec
In May 2012, my mother-in-law gave us her old car – but we live in Halifax and the car was in Edmonton. So we flew there and drove it all the way back to Halifax. We had great weather and I had a new camera. This is part 14 of a series of blog posts about the trip.

(All of the photos are hosted on Flickr – click on any to see bigger versions and browse the full set.)

We left Montreal in the morning, after trying to find my parents’ first Montreal apartment near the McGill campus.

We stopped in Québec City for lunch. It was a crowded Sunday, and so instead of daring the lovely but touristy old town, we wandered around the neighbourhood just outside the walls, which is quite nice as well. There is a lot of great Art-Deco and Beaux-Arts architecture, and even the Brutalism is scaled down and interesting-looking. 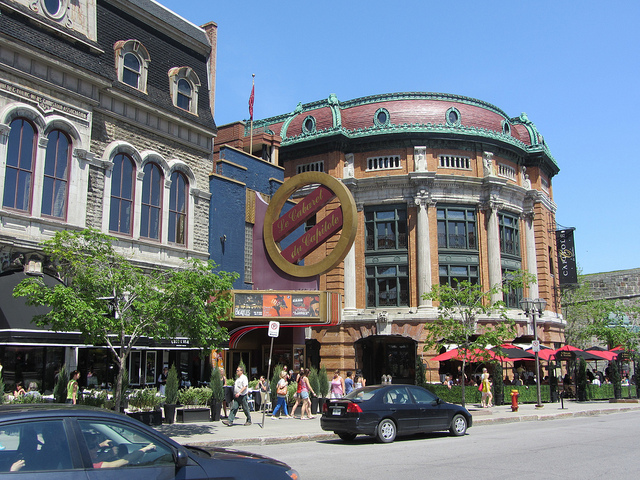 After lunch at Le Commensal, we crossed back to the south side of the St. Laurence and continued eastward.

Quebec has some great place names. Some of this is due to Catholic settlers wanting to give each town its own distinct saint name and so having to dig quite deeply for obscure Greek and Byzantine martyrs with exotic names. Some of this is also because of the layering of ‘official’ French names on top of old English or even First Nations settlements, but often keeping both. Some of my favourites from along the road:

But I think this might be the best single sign with not one but three great Québec town names on it: 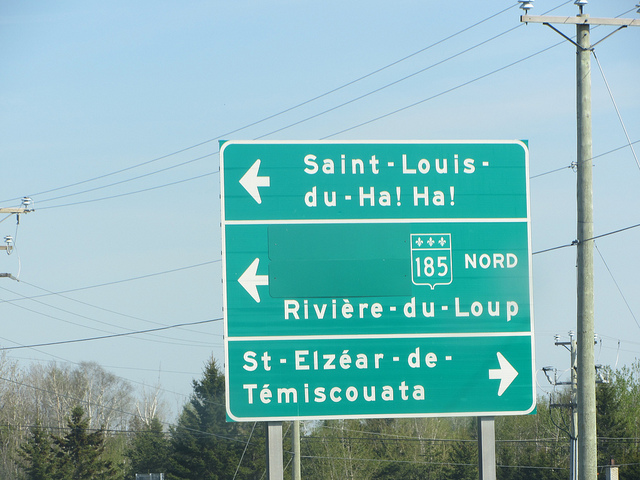